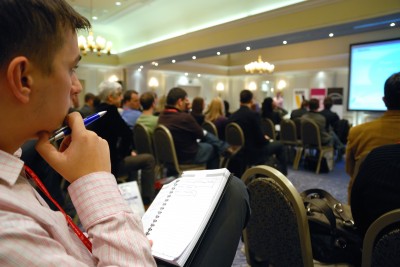 North Carolina’s hospitals will receive $4 million from the state to establish telepsychiatry services, thanks largely to Albemarle Hospital.

According to a hospital press release, without that program, many patients could wait “hours or even days for treatment, elevating the risk of becoming a danger to themselves (even suicidal) or others.

Davies on Thursday recounted the program’s rapid growth and success. in 2011 and 2012, the Duke Endowment pumped $1.2 million into the Albemarle Hospital Foundation to establish telepsychiatry programs in Albemarle Hospital and nine other hospitals – most affiliated with Vidant.

Albemarle Hospital’s program went active in May 2011, the first to do so. The endowment paid for staffing and contracts, including hiring Davies as project director and securing the services of psychiatrists through the Jacksonville-based Coastal Carolina Neuropsychiatric Center.

It also purchased wireless teleconferencing carts for each hospital’s emergency room. The carts each cost around $20,000 – expensive, she said, because they have to provide high-quality, real-time video and meet numerous health care regulations.

The program went so well the Duke Endowment provided an additional $400,000 through 2013 to bring the program to eight more hospitals. It also caught the attention of the N.C. General Assembly’s Mental Health Legislation Oversight Committee.

Davies said that committee met with her, Donahue and others last December. They convinced the committee to recommend the General Assembly approve spending $4 million over the next two years to bring telepsychiatry to hospitals statewide. The General Assembly agreed, and that money is kicking in now that the last Duke Endowment grant has run its course; the endowment is still considering more funding, Davies noted.

Because the program has grown so rapidly, it’s now under the direction of the East Carolina University Brody School of Medicine. The Brody school will implement the program under the oversight of the Department of Health and Human Services’ Office of Rural Health and Community Care.

Davies and Donahue aren’t done implementing the program, however. They’ve formed MesAccess Partners and will service as consultants with the Brody school for all hospitals setting up the program through the $4 million state appropriation. Fifty-five hospitals are on the Brody school’s waiting list so far, but she’s not sure if the money will cover all of them.

Davies said she felt Albemarle Hospital and Donahue were essential to making the program available to so many hospitals.

“I don’t think it could’ve happened without the work of Albemarle Hospital,” Davies said. Donahue’s “vision” and personal connections were also vital in growing the program, she added.

Patients have also generally well received the technology. She said elderly patients grow accustomed to it thanks to high-quality video, while younger patients sometimes prefer the technology. It can provide them a physical “buffer” with psychiatrists that make them more comfortable.

Davies acknowledged the technology is only a small part of treating North Carolinas’ mental health needs.

Nevertheless, she called it “an incredibly effective too to make sure patients in crisis are getting quality, timely psychatric care.”