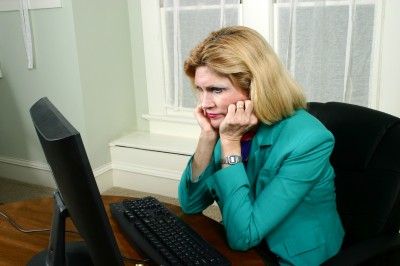 North Carolina is expanding the ability of doctors and other counselors to make long-distance evaluations of people who show up at emergency rooms suffering from drug overdoses or mental breakdowns.

Gov. Pat McCrory visited East Carolina University in Greenville on Friday to draw attention to the state’s decision to expand the practice of emergency psychiatric medicine by video conferencing. State legislators committed $4 million over the next two years to establish a statewide “telepsychiatry” program to provide more mental health services in rural areas.

Telepsychiatry allows doctors to see and hear a patient in a remote emergency room, make a quick assessment of what’s wrong and quickly start treatment.

“There’s a serious problem throughout the nation with many psychiatric patients showing up in emergency rooms because they either don’t have access to outpatient care or they’re in crisis,” said Dr. Kaye McGinty, an ECU child psychiatrist who has practiced telepsychiatry for more than a decade.

A three-year experiment is based at ECU’s medical school and connects 14 community hospitals in eastern North Carolina. More than two dozen other hospitals as far away as the mountains are ready and waiting to sign up, said Phil Donahue, a vice president at Albemarle Hospital in Elizabeth City, one of the first involved in the pilot effort.

Having psychiatrists recruited from around the state available to consult with remote hospitals when troubled patients show up can cut emergency department wait times, reduce involuntary commitments and save local law enforcement the manpower needed to transport or watch patients, the program’s supporters say.

“In most of the rural hospitals, the local sheriff’s departments are assigned to stay with the patient. So not only is there a cost of keeping the patient many days with staff and so forth, but you’re also keeping some of your law enforcement people tied down. They have to be with them the entire time,” Donahue said.

The telepsychiatry pilot in eastern North Carolina has counted more than 4,000 psychiatric assessments of emergency department patients, cutting the length of time between arrival and discharge from an average of 48 hours to 22.5 hours, the state Department of Health and Human Services said. Meanwhile, patients are receiving specialized psychiatric treatment until they’re admitted to a hospital, referred somewhere else where they’ll get care, or are sent home.

About 100 hospitals around North Carolina have at least some psychiatric coverage for their emergency departments, DHHS said. But according to federal guidelines, 58 of the state’s 100 counties lack enough mental health professionals to meet population needs.

The program was modeled after South Carolina’s successful, statewide telepsychiatry project, also sparked by a grant from The Duke Endowment. South Carolina doctors now consult long-distance with about 12 patients per day, and emergency department stays have decreased from two to three days before being assessed by a mental health professional to an average six hours, according to South Carolina’s Department of Mental Health.